Voice of the Orcas 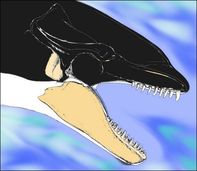 Four former SeaWorld orca trainers became disillusioned with the captive marine mammal display industry through their first-hand experiences of it. They all separately reached the same conclusion that it is wrong. This change of heart encouraged them to create Voice of the Orcas, a group devoted to providing a voice for those without. The website archives interviews and current events that deal with orca conservation and acitivism.

To learn more about the experiences of  VOTO's founders, visit
Orca Aware: Blackfish Movie and you can follow VOTO on Twitter: @Voice_ot_Orcas 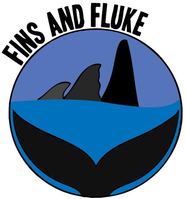 Fins and Fluke is an all volunteer organization that has achieved several victories in its short life and has worked with many other reputable and successful groups and individuals. Fins and Fluke has been a huge voice in the fight against Marineland, Canada – a facility noted to be one of the worst in North America, in terms of marine-mammal captivity. They have also been named an instrumental power in the campaign against Morro bay aquarium, a deplorable Seal facility in California. The team is also working on several exciting projects in Florida to preserve the damaged ecosystems and wild marine life. Fins and Fluke is dedicated to aiding other organizations and individuals in the ocean-conservation movement and are happy to lend a hand to anyone who needs it by using the power of social media!          You can find FAF on Facebook and on Twitter: @FinsandFluke

The Orca Project Corp is a small but effective 501(c)(3) public charity, collaborating with some of the world’s top marine mammal experts and caring professionals from diverse backgrounds, working to change the public’s attitude and government supervision of marine mammals in captivity through research, investigation and education. To learn more about the plight of captive orca visit Orca Aware: Blackfish Movie.

Orca Network is a 501 (c) (3) non-profit organization registered in Washington State, dedicated to raising awareness about the whales of the Pacific Northwest, and the importance of providing them healthy and safe habitats. A community is emerging that is increasingly attuned to the orca population, that cares about and tries to understand the needs of the resident and transient orcas that inhabit the Salish Sea.

The Orca Network is working hard to free Southern resident wild-caught orca Lolita (also known as Tokitae) from captivity. Lolita was captured on August 8th 1970 in Penn Cove, Whidbey Island in Washington State. She was kept in a holding pen in Seattle until September 24th and was then delivered to the Miami Seaquarium in Florida, where she has been displayed ever since. Find out more about Lolita, the campaign to free her and the Orca Network in our interview with co-founder Howard Garrett.

WDC, Whale and Dolphin Conservation (formerly WDCS) is a global charity dedicated to the conservation and protection of whales and dolphins. WDC work to protect whales and dolphins through campaigns, lobbying, advising governments, conservation projects, field research and rescue. Their vision is a world where every whale, dolphin and porpoise is safe and free. Amongst other work, WDC are working towards finding an end to orca captivity.

OrcaBall's mission is to escalate global awareness to the plight of the captive orca and assist with financial aid towards the release of suitable candidates, relocation and the creation of safe guarded ocean environments for their future care. The OrcaBall antenna ball and OrcaBall sticker represent an orca with a collapsed dorsal fin. This is an icon to further public awareness of the issues captive orca face on a daily basis. OrcaBall hopes to see these displayed around the world in a global effort to spread the message.

For over 50 years humans have developed relationships with captive orcas. At the end of 2013, there were 52 orcas housed at various marine parks around the world. Each of these creatures has a unique history that 52Orcas documents through a series of profiles: graphic representations of the international captive orca population. Each week, 52Orcas release an orca profile, sharing the individual's unique story. Their goal is to honour the distinct identity of each of these majestic creatures. 52Orcas was co-founded by a geneticist and graphic designer who share a passion for orcas, the world’s ultimate marine predators.

Kimmela Center For Animal Advocacy, Inc. was founded by Dr. Lori Marino, a neuroscientist and expert in animal behavior and intelligence. Dr. Marino is internationally known for her work on the evolution of brain and intelligence in dolphins and whales and comparisons to primates and was featured in the documentary Blackfish.

Kimmela is the only organisation focusing exclusively on bridging the gap between academic research and scholarship and on-the-ground animal advocacy efforts. Kimmela's mission is to apply knowledge, research, science and education to bring an end to the exploitation and abuse of nonhuman animals. They envision a world where all animals can thrive free from human exploitation and abuse. 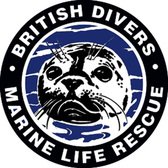 Find out more about our sponsors and the great work they do around the UK coastline, responding to sick, injured and stranded whales, dolphins and seals.

British Divers Marine Life Rescue (BDMLR) is a voluntary network of trained marine mammal medics who respond to call outs from the general public, HM Coastguard, Police, RSPCA and SSPCA and is the only marine animal rescue organisation operating across England, Wales and Scotland. Not only is the charity called upon by the other emergency services, but we also train their staff.
BDMLR's rescue teams are on call 24 hours a day, 365 days a year.