Ari Daniel Shapiro reports from the Shetland Islands in Scotland, taking a look at field studies being conducted on the Shetland orca. A great podcast about orca research, with interviews from orca biologists Volker Deecke and Andy Foote.

The Hebridean Whale and Dolphin Trust (HWDT) photo-ID images of the West Coast Community of Britain and Ireland. Instead of recognising orca by face, we recognise them by dorsal fin - shape, size, marks and scars are used to match individuals between sightings and recognise them out in the field. The HWDT catalogue contains photographs taken from both the left and right side of the fin, although some other projects will only use images captured from one side only. Have a look at the differences which make each individual unique - could you learn to recognise them out on the water?

A study on the occurrence of killer whales in Scottish inshore waters between 1991 and 2006 found that orca were mostly sighted around the Shetland and Pentland Firth area, as well as around Mull and the Treshnish Isles (Bolt et al. 2009). Sightings around Shetland peaked during the months of June and July, which coincides with the harbour seal pupping season. 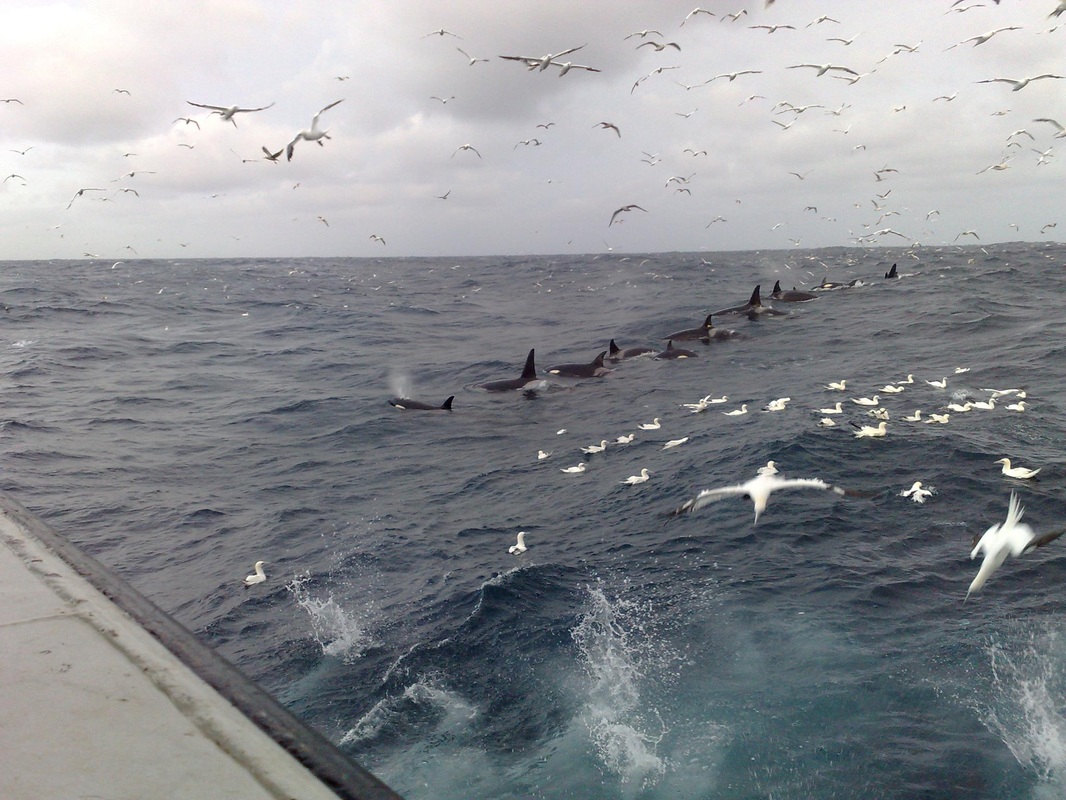 Orca feeding alongside a pelagic fishing vessel during the mackerel season, west of the Shetland Islands, off mainland Scotland (Photo: Rógvi Joensen)
Back